I visited Beijing Daxing International Airport on Oct. 12th, 2019, which airport just opened the end of September in this year. In this part, I report about how to reach the airport etc with photographs. This characteristic airport was designed by the late British Iraqi architect Zaha Hadid and is the biggest airport in the world at the present.

At Beijing Capital International Airport (IATA code: PEK),  I moved from the 3rd terminal to the 2nd terminal by a free airport bus. I left my baggage at a baggage storage service inside the terminal, then I headed to Daxing International Airport. Hereafter for simplicity I use the  IATA code PKX of the airport instead of Beijing Daxing Airport.

Firstly, I got in Airport Express train, moved from PEK to Dongzhimen station, the terminal station of the train. The photograph shown below is a platform of PEK Terminal 2 Station. 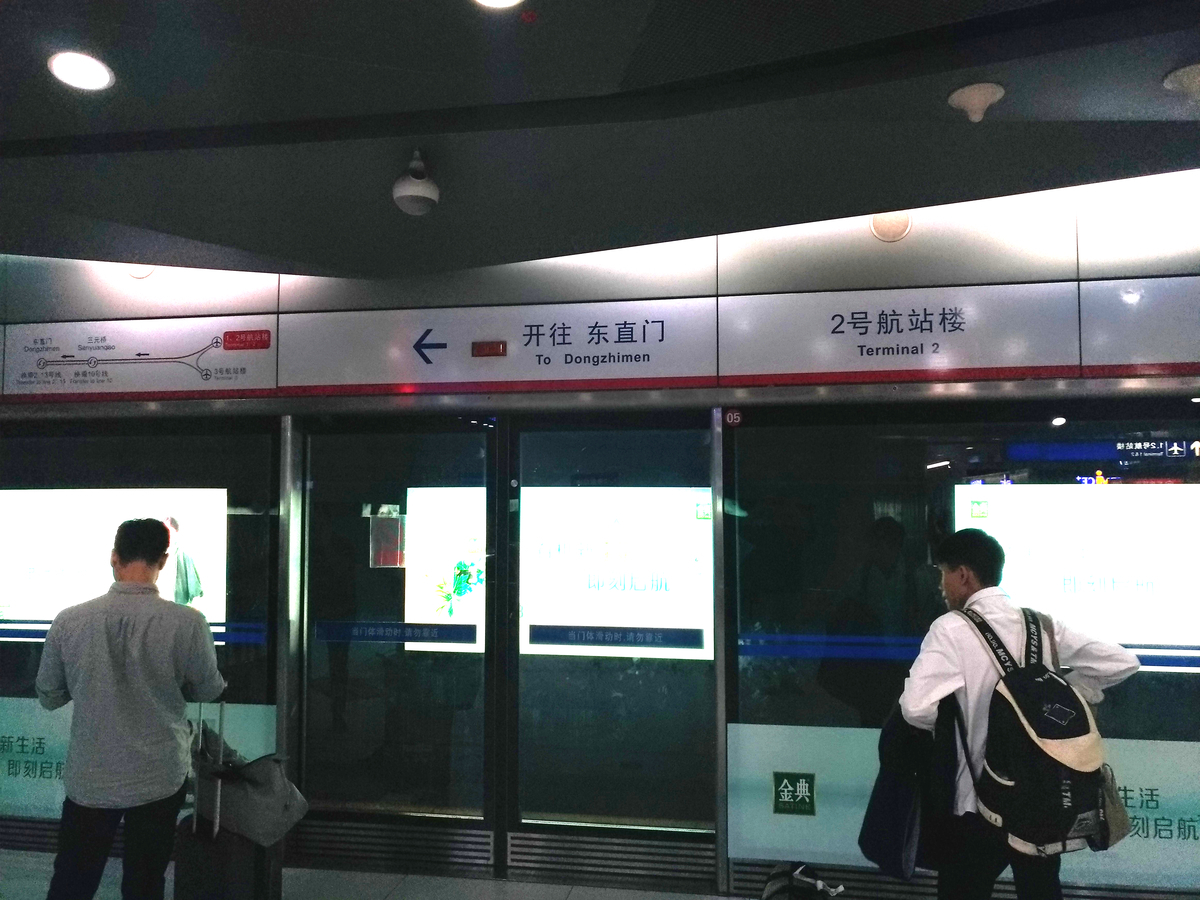 A platform of Airport Express Train in PEK Terminal 2.

This map shows the route of Airport Express. From Terminal 2, Dongzhimen station is the second stop, which is the terminal stop of the line.

At Dongzhimen station, I got in a train of Beijing Metro Line 2, moved to Xuanwumen station. 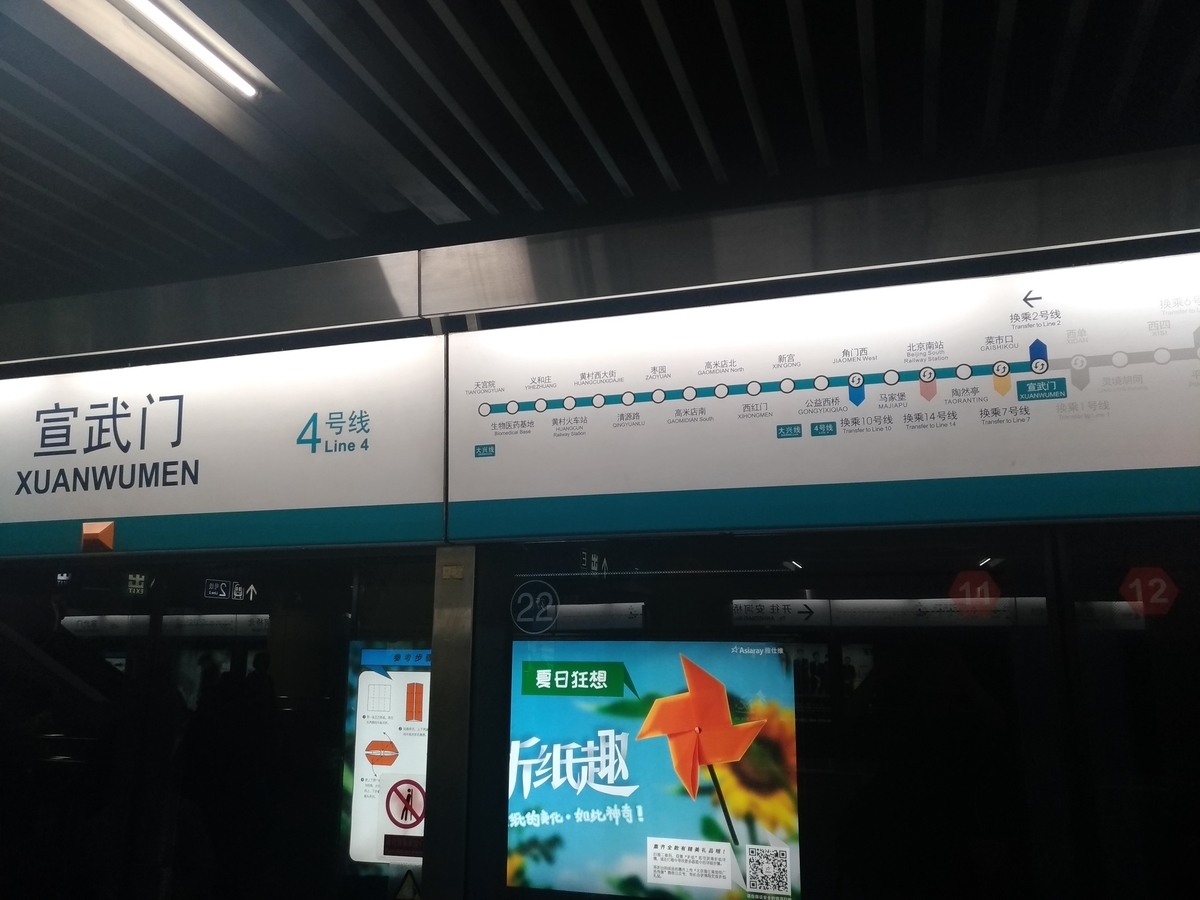 At Xuanwumen station,  I changed trains, got in a train of Beijing Metro Line 4, moved to 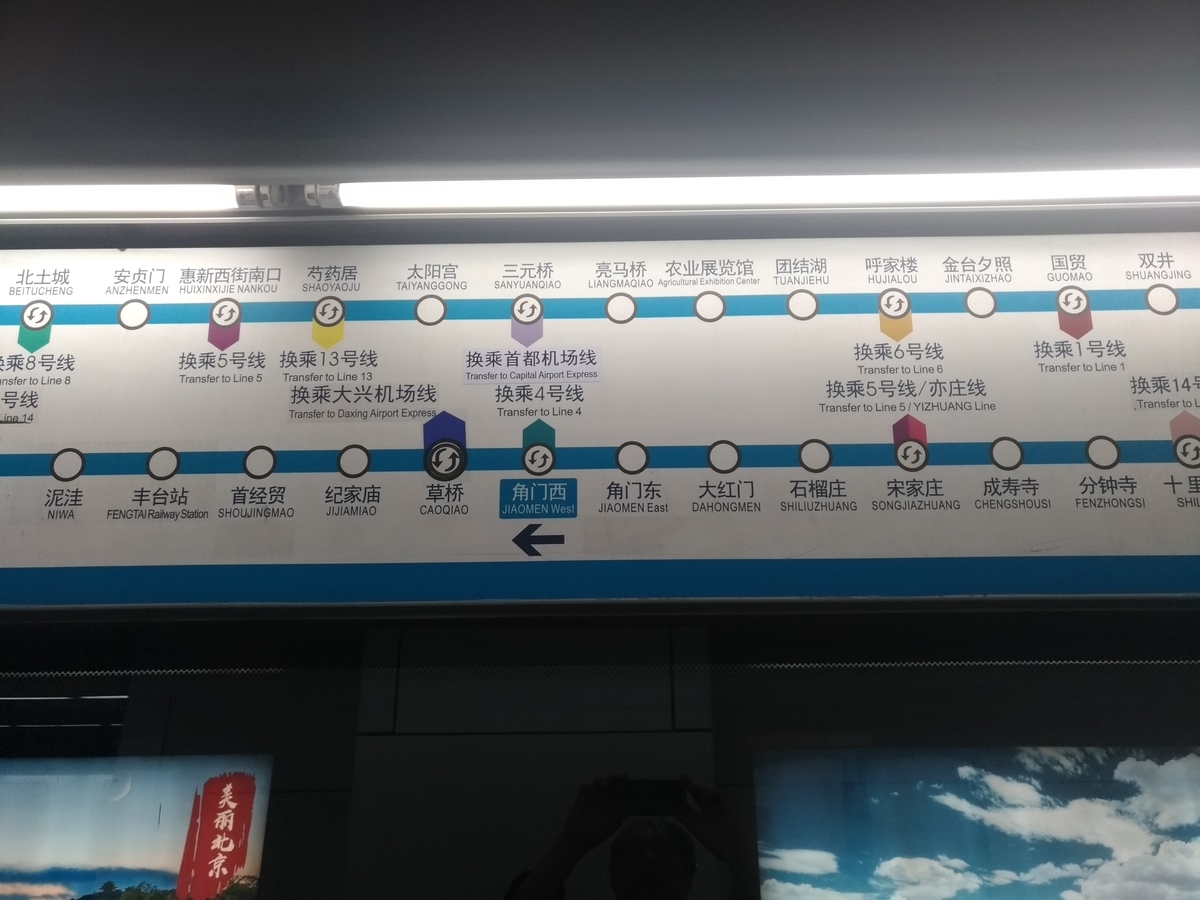 At Jiaomenxi station, I changed trains to Metro Line 10, moved to Caoqiao Station.

At Caoqiao metro station, I moved to the platform of trains heading to PKX.  The photograph shows an escalator and stairway to Daxing Airport Line station. 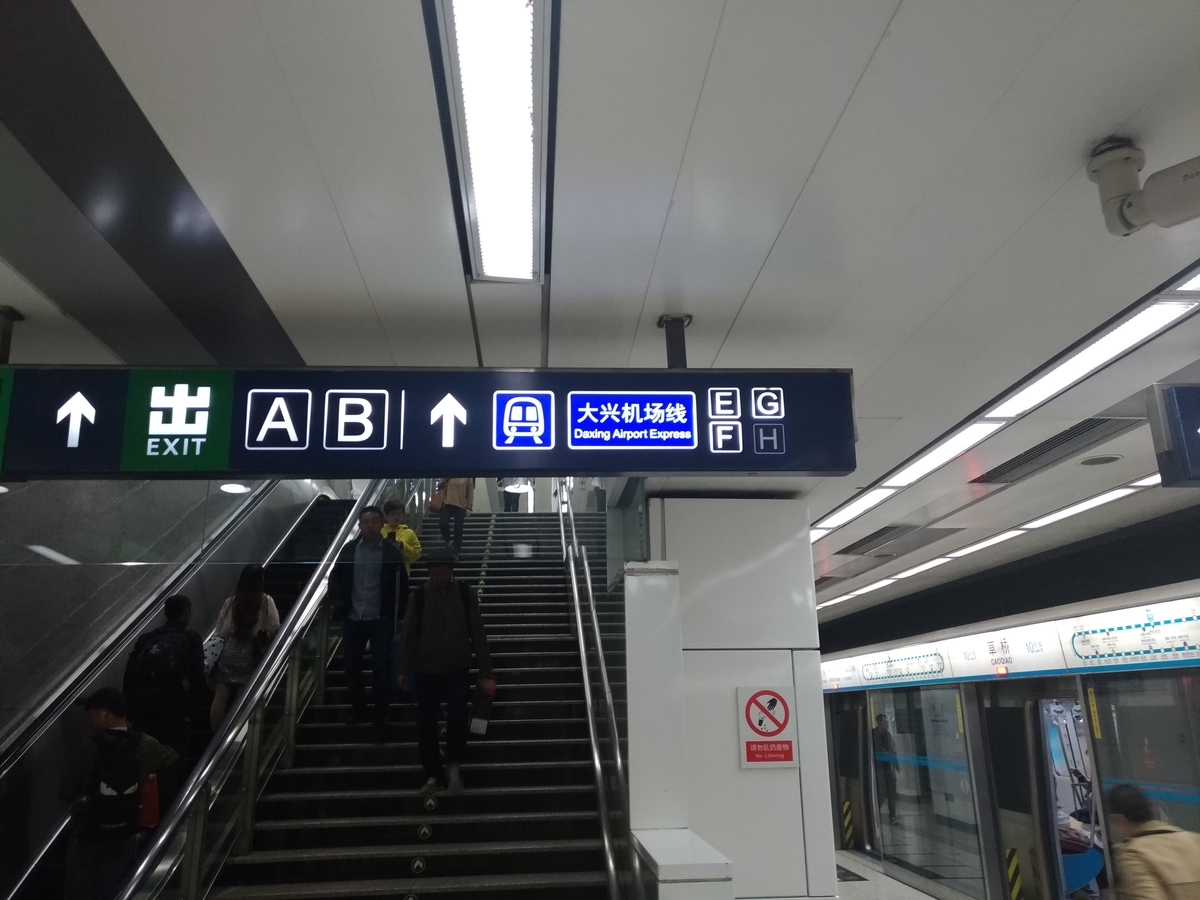 This is a map showing the route from Caoqiao Metro Station to PKX Terminal North Station. One stop locates between Caoqiao station and Airport Terminal station, which station seems to be constructed for locals because the location is far from city center.

Required Time From PEX to PKX

By the above mentioned route, it took about an hour. Of course, you can take other routes, a clockwise route,  different from mine. My original plan was getting in a direct train at Caoqiao station to PKX, however the route had not opened yet.

The photograph taken at Beijing Metro Line 10 Caoqiao Station shows a beautiful and clean passage to ticket gates of the Airport Line. 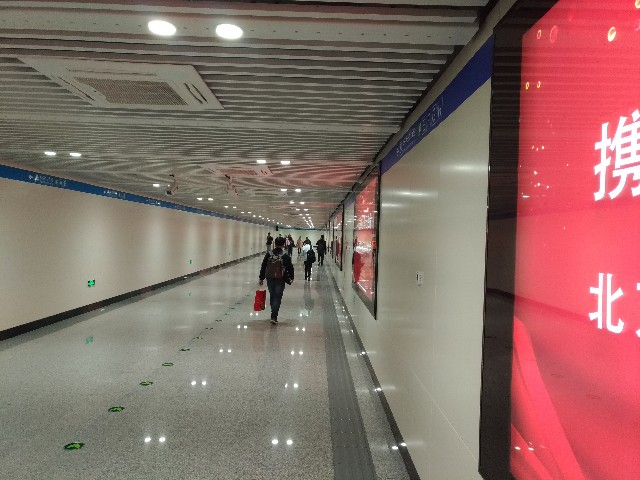 The Airport Line Station of Caoqiao

This is a photograph of the Airport Line Station. Of course you can use Beijing Metro Card at ticket gates. The design of the ceiling resembles and is unified to that applied to the interior wall and ceiling of PKX. 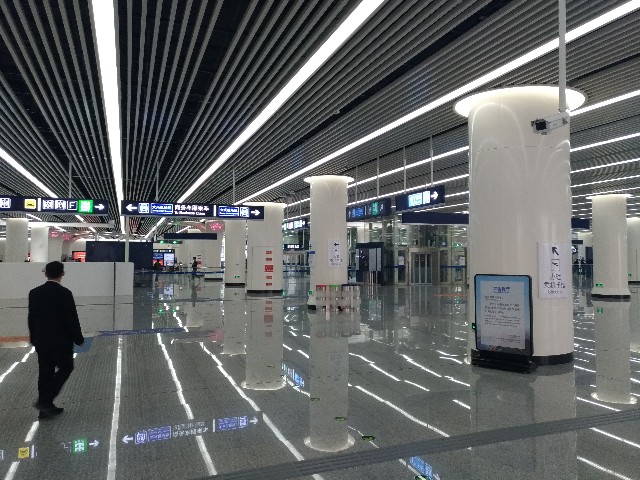 A guide plate shouwing the platform for Daxing International Airport. 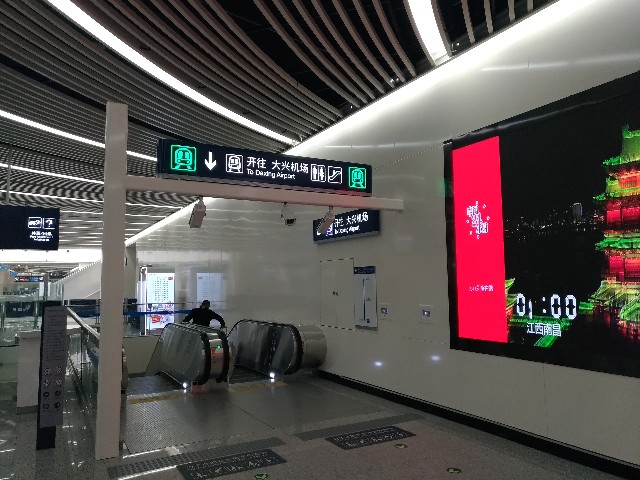 The Platform of Airport Line 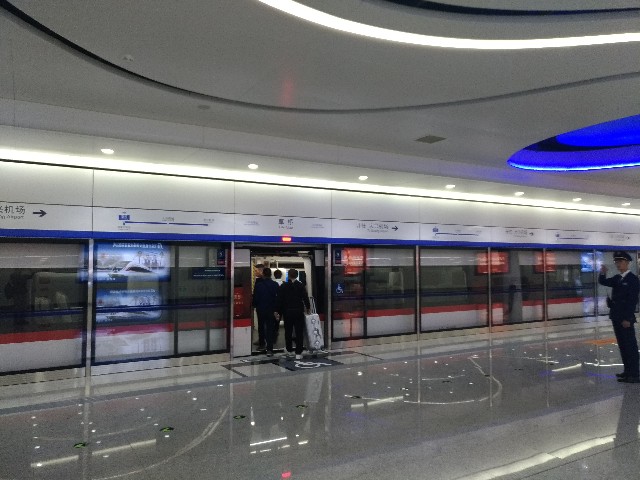 Inside of Trains of Airport Line

The width of the car is much wider than that of Beijing Metro trains. You can see two rows of seats on both sides of the aisle and a luggage storage for each car. 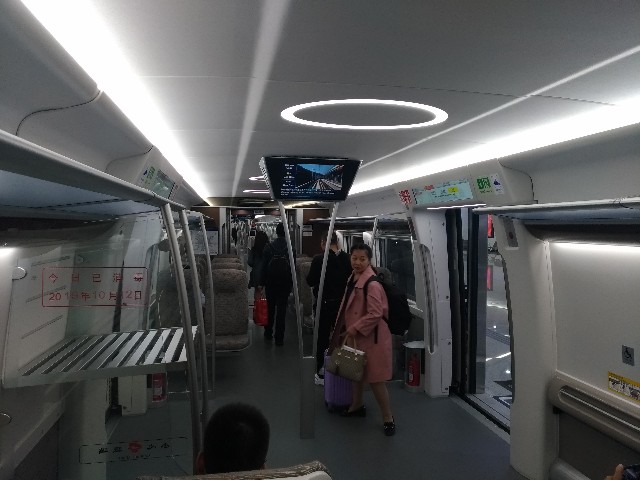 You can charge batteries of smartphones etc. using two USB ports between the seats. This is one of excellent facilities of the train. 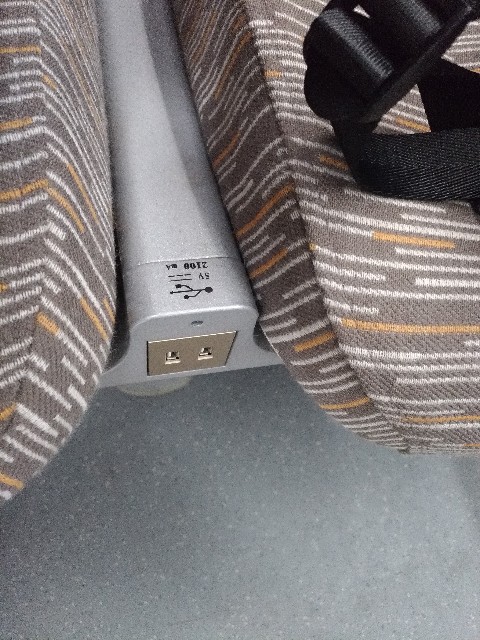 This is a guide plate at the platform of the airport station showing the directions for Domestic and International  Arrivals/Departure etc. 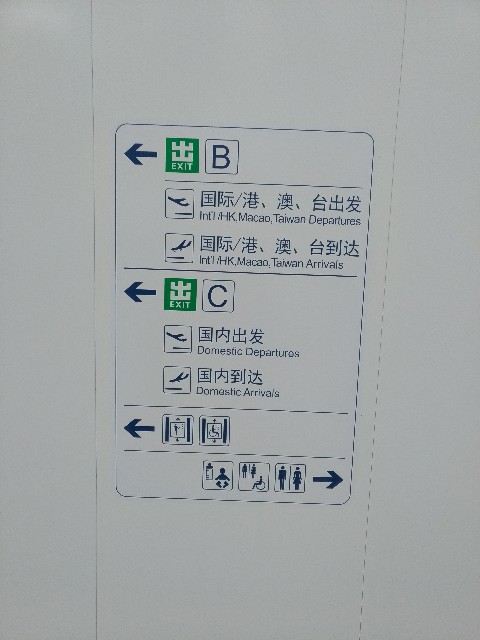 This is a guide plate showing the structure of the Airport Station. Passengers can easily reach the 1st floor of the Airport simply go up with escalators or elevators without walking long time. 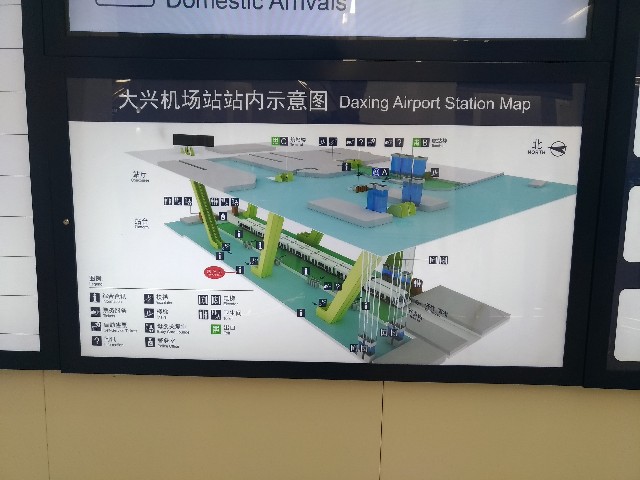 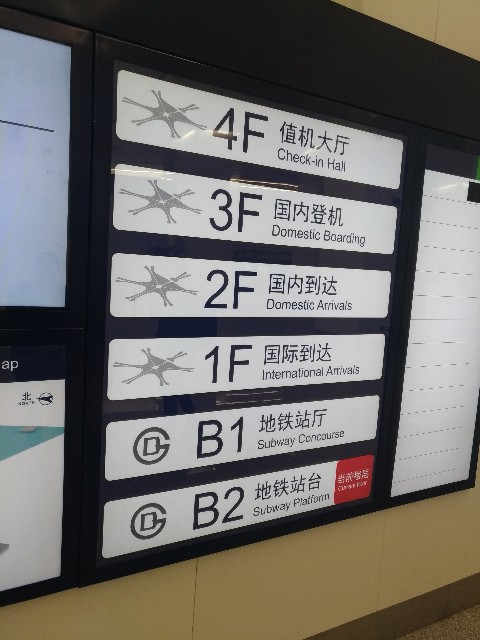 The following photographs are those of various kinds of shops in the 1st floor. 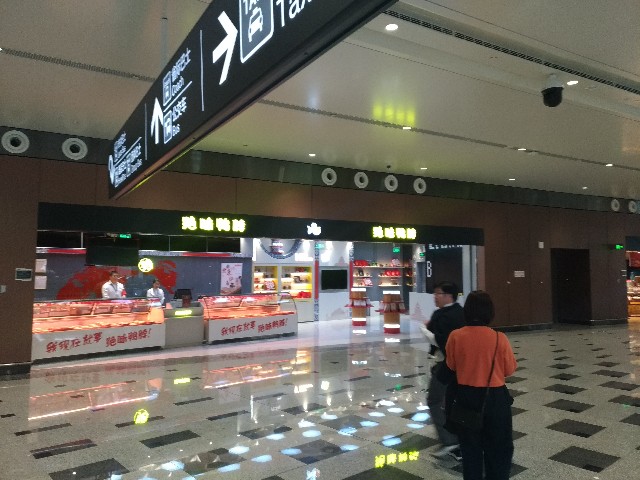 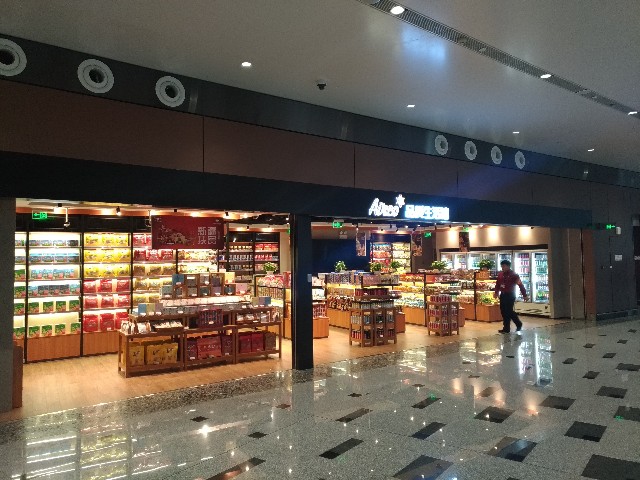 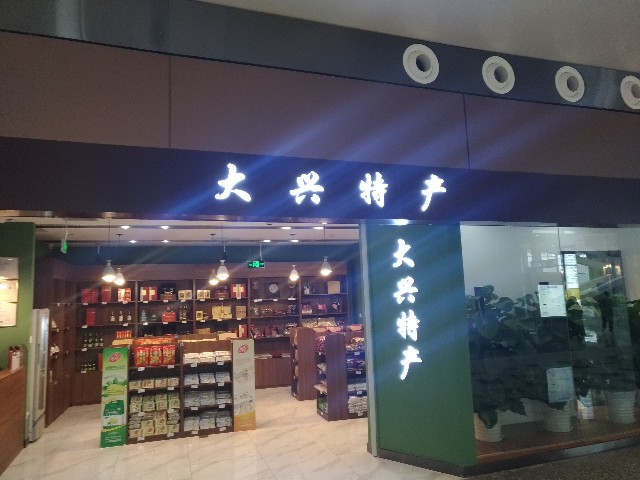 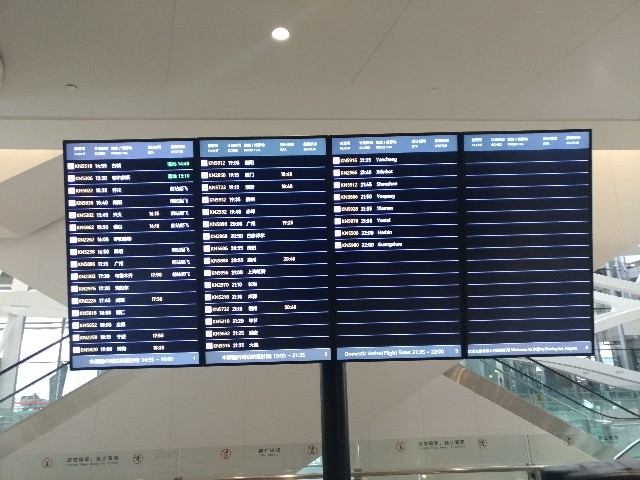 I found a display showing all the shops and facilities of each floor. You can see every floor has restaurants, coffee shops or convinience stores etc. This is one of excellent features of the airport. 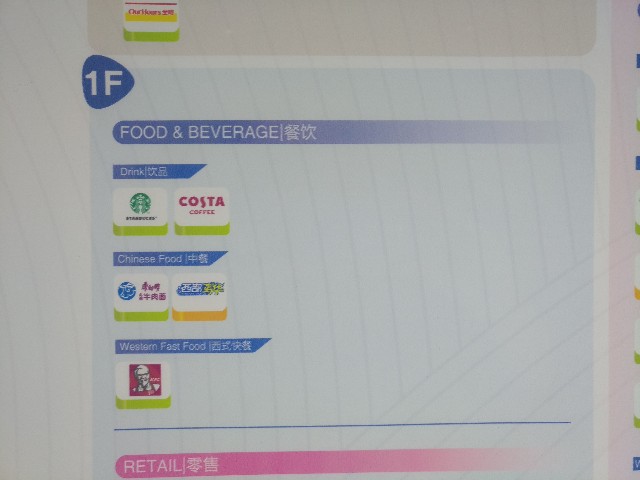 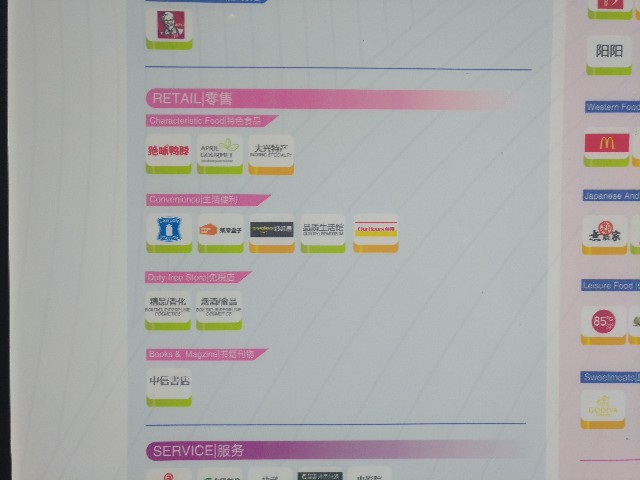 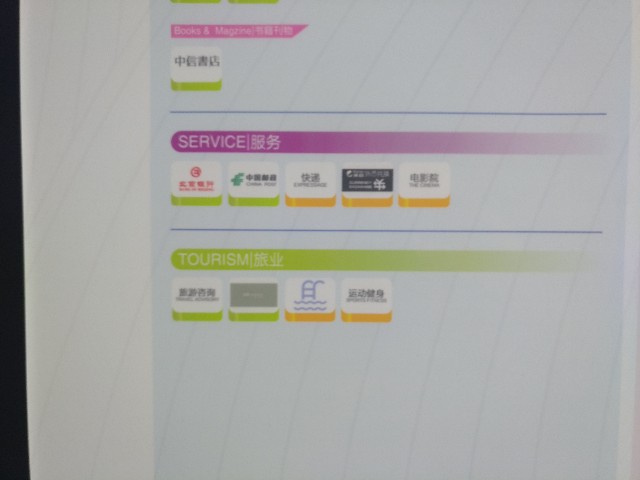 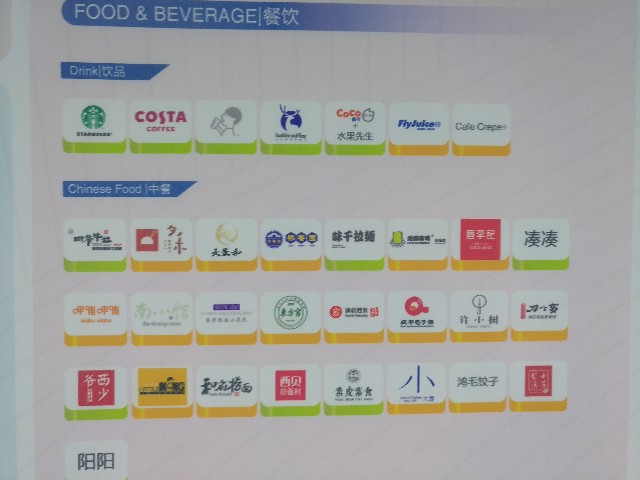 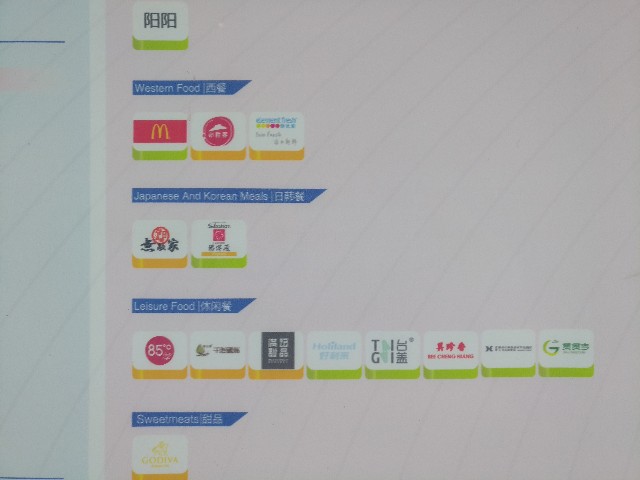 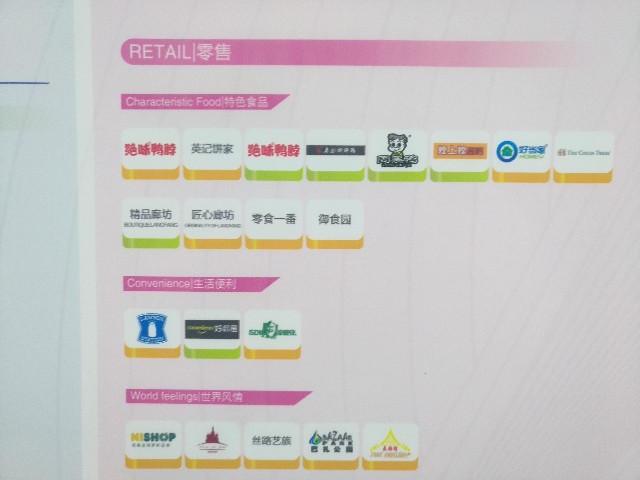 if you have comments, inquiries or questions, please feel free to write to "zeitrium-editor @gmail.com".